Appealing Gifts for the 15th Anniversary 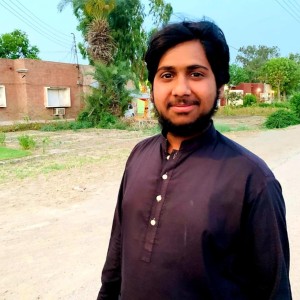 Every anniversary has a sentimental attachment to it. That being said, some anniversaries are not only sentimental but also milestones in whatever the relationship. A quintessence of the latter is the 15th anniversary. To celebrate and effectively commemorate an anniversary, you need to gift your spouse with the most sentimental of gifts. This fact is increased when it comes to milestone anniversaries like the 15th one.

However, this is easier said than done. You will often find yourself in a quandary, trying to identify the perfect gift. One thing we can all agree with is that the gift should portray a level of intimacy and emotional attachment. Notwithstanding, you will still find yourself at a crossroads when trying to evaluate what you should get for your better half. Should it be traditional or contemporary? Should it be expensive or intimate?

Though every gift should be decided based on the personality and temperament of the person you are getting it for, a few things are ubiquitous to almost everyone. For that reason, we have come up with a list of the most thoughtful gifts you can give your spouse on your 15th anniversary.

Flowers are the symbol of courtship, and perhaps one of the most common entities present in every stage of our love life as humans. As a result, you can never go wrong with flowers. Granted, it is more effective when used as a sort of desert, a prelude to another more significant and intimate gift. That being said, it is still as effective on its own.

The color associated with the 15th anniversary is red. Therefore, getting your spouse roses of the red variety will do the trick. Red roses are fundamentally the symbol of love and affection. Thus, you can rarely go wrong with them.

If the meaning of the anniversary is broken down to its most fundamental, then it would simply mean a celebration of the time spent together with your spouse and better half. Time itself is an umbrella term used to describe the highs and lows we experience throughout life, and in this case, you and your spouse’s lives in the matrimonial relationship.

In short, anniversaries are a celebration of time, and thus there is no simple way to commemorate time than through timepieces. The beauty of watches is that they come in such a wide variety, with each category having a plethora of watches. This way, it becomes mightily easy to identify one that is tailor suited for your better half.

Almost all monumental milestones are celebrated using gemstones. Be it the ring that was used to propose, the gem inside the wedding ring, or even the necklace you got her for your tenth anniversary. So why not keep the trend going? After all, there is a reason as to why gems are omnipresent in every special occasion.

Gemstones not only indicate that you value intimacy but it also brings the said appreciation of intimacy into corporeality. It a clear illustration that not even material wealth holds as much significance as the relationship between the two of you https://newliferehabcenterpakistan.com/celebrex/. That is why even though gemstones have been used for ages without losing their sentimental value.

Nonetheless, you still have to be knowledgeable about the type of jewelry you want to purchase. Being that the color of this particular anniversary is red, there is a myriad of gemstones that will work perfectly in this setting.

Ruby and garnet are the most obvious candidates. However, if you are looking for something more dynamic and fluid, then alexandrite is what you should go for. It is often referred to as the ruby of the day and the emerald of the night because it changes color based on the amount of light it is exposed to.

During the day, it radiates a bluish or dark green radiance, while at night, when exposed to candlelight or incandescence, it turns red or pink. Consequently, not only does it offer fluidity and duality, but its rarity and value make it one of, if not the, most sentimental gifts you can give to your better half.

is keen blogger based in pakistan, He writes most often on home & interior design. when not blogging, he enjoys travel & rock climbing. Say "Hi," on tweeter @khuwalidk

How Much Time Required for Roof Replacement?

The replacement of roof means disturbance to the whole family

If you are looking for a Morphy Richards stainless steel

Steven Johanknecht quotes that ‘Good fireplace tools and accessories are

Wondering if you need to buy window well covers? You

Waxing your car is an essential task to do as